Michael Griffin was born on January 4, 1985, in Austin, Texas, and became one of the best safeties to play in the National Football League (NFL). The Tennessee Titans’ drafted him in 2007, which marked the start of his remarkable career, spanning for 10 seasons. Boasting incredible playmaking ability, speed, agility, range, … Read more Drew Brees is known to be one the best quarterbacks of all-time, this is because he holds several NFL records, led the New Orleans Saints to a Super Bowl win in 2009, and was selected to 13 Pro Bowls throughout his career. On top of these achievements, he was also hailed as … Read more Bob Lilly, or also known as Mr. Cowboy, is a former American football player. He started his career playing college football for the TCU Horned Frogs. After that, he became the defensive tackle of the Dallas Cowboys of the National Football League. Bob Lilly spent fourteen seasons playing professional American football. In … Read more 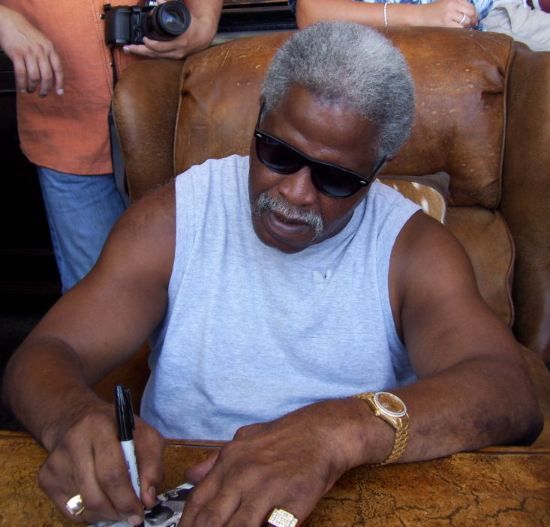 Earl Christian Campbell or popularly known as Earl Campbell was a professional football player who used to be a running back for the New Orleans Saints and Houston Oilers of the NFL. He is known for his punishing and aggressive running style and his ability to break tackles. He is also hailed … Read more Tobin Cornelius Rote was a football player who played as a quarterback for the Detroit Lions and Green Bay Packers in the National Football League or NFL. Aside from that, Rote also played on the American Football League as a member of the Denver Broncos and San Diego Chargers. In this article, … Read more Tony Romo is a retired American football player who used to play for the Dallas Cowboys on the National Football League. Romo began his football career playing for Eastern Illinois University. His performance, while he was on the team, was fantastic, which is why he was tasked to lead the team to … Read more