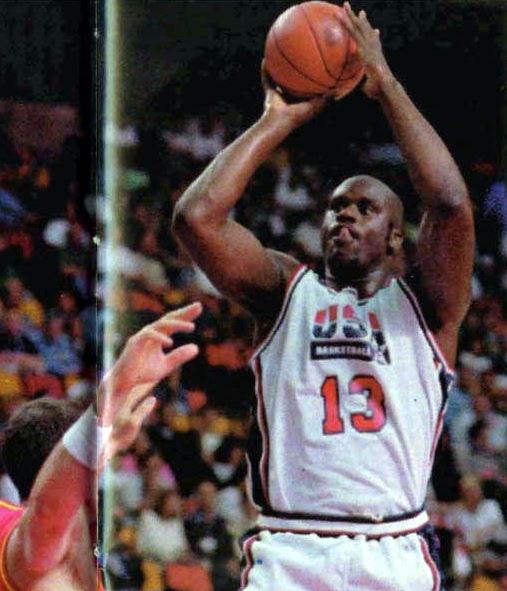 Did you know that the NBA’s most dominant center ever, Shaquille O’Neal, is a Texas native? One of the NBA’s most celebrated athletes got its roots in Texas. O’Neal grew up in San Antonio, Texas, where he also started his basketball journey. His career became a worldwide sensation, making him one of the best in the league.

Who is Shaquille O’Neal?

Born in Newark, New Jersey, Shaq moved to San Antonio as a teenager and spent his teenage years there. After attending Louisiana State University and becoming one of the most dominant players in college basketball history, Shaq was drafted by the Orlando Magic in 1992 and quickly became one of the league’s most dominant players.

After four years with the Orlando Magic, O’Neal signed with the Los Angeles Lakers. He teamed up with Kobe Bryant and led the Lakers to three consecutive NBA championships from 2000 to 2002. In 2004, he joined forces with Dwyane Wade and won his fourth NBA title with the Miami Heat.

He would go on to play for several teams throughout his career, winning four championships and earning 15 All-Star game selections.

O’Neal retired from the NBA in 2011 as one of the league’s most dominant players ever.

Today, Shaq is undoubtedly one of the most iconic figures in the history of the NBA and continues to be part of the most notable players that have ever stepped on the hardcourt. Throughout his career, Shaq was named the NBA’s Most Valuable Player (MVP) once, in 2000. He’s also been part of the All-NBA First Team eight times and the All-Defensive Second Team three times. He won three NBA Finals MVP awards and was named to 15 All-Star teams.

In addition to his many achievements on the court, O’Neal has also been successful off the court. He’s starred in multiple movies and television shows. He has also released several rap albums and has his own line of sneakers.

Over the course of his fruitful 19-year career, Shaq won four NBA championships, three Finals MVP awards, and was part of 15 All-Star teams. He also had a successful career as a rapper and actor, releasing several platinum-selling albums and starring in several films.

In 2016, Shaq was inducted into the Naismith Memorial Basketball Hall of Fame. Today, Shaq is known as one of the game’s greatest ever players and is beloved by fans around the world.

What Made Shaq a Formidable Player?

Shaquille O’Neal was undoubtedly among the most dominant players in NBA history. Standing at seven feet and one inch tall and weighing in at 325 pounds (147 kilograms), Shaq was a physical force to be reckoned with. He used his size and strength to overpower opponents, making him unstoppable.

In addition, Shaq was a skilled offensive player, averaging over 23 points per game for his career. What made Shaq so successful was his combination of size, strength, and skill. He was simply too big and too strong for most players to handle, and his offensive ability made him nearly impossible to stop.

Shaq changed the game of basketball, and he will always be remembered as one of the greatest players in history.

As mentioned earlier, Shaq is known for playing various roles in different movies and TV shows. His multiple appearances on the big screen made him as popular as ever, even after retiring from the NBA.

Shaq is a retired professional basketball player who has also made a name for himself in the world of film.

He has appeared in nineteen movies, including box office hits like “Blue Chips” and “Kazaam.” He has also starred in a number of comedies, such as “Jack and Jill” and “Scary Movie 4.”

With such a diverse range of credits to his name, Shaq has established himself as one of the most successful athletes-turned-actors in Hollywood.

Shaq is among the most formidable forces in NBA history. A 7-foot center, he was an imposing figure on the court who used his size and strength to overpower opponents.

Shaq was a four-time NBA champion, a three-time Finals MVP, and a 15-time All-Star. He is also one of the league’s all-time leading scorers, with 28,596 points; his other career stats include 13,099 rebounds and 2,732 blocks.

Shaq’s impact on the game goes beyond his on-court achievements, though. He was also one of the first players to embrace social media, and he has used his platform to build a global brand.

O’Neal’s success on and off the court has made him one of the most recognizable athletes in the world. His larger-than-life personality and humorous nature have endeared him to fans around the globe.

In recent years, Shaq has become known as much for his sense of humor and outgoing personality as for his basketball exploits. His larger-than-life persona has endeared him to fans around the world, and he remains one of the NBA’s most popular figures long after his retirement. There is no doubt that Shaq’s legacy will continue to grow in the years to come.

Shaquille O’Neal is one of the greatest players that has ever played in the NBA. He could score at will, rebound with the best of them, and block shots with ease. In addition to his on-court accomplishments, Shaq was also a larger-than-life personality. He starred in movies, released rap albums, and even had his own line of sneakers. Shaq was among the first athletes to truly embrace the power of social media, and he remains one of the most famous players in the league today. There’s no doubt that Shaq is a legend, and his impact on the game of basketball will be felt for years to come.