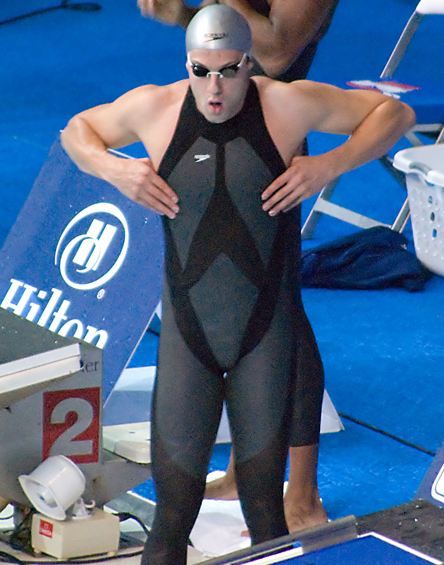 Garrett Weber-Gale is an Olympic gold medalist who’s from Stevens Point, Wisconsin. He is a former NCAA Champion, American Record Holder, and Olympian. Before becoming a successful swimmer, Garrett Weber-Gale played basketball, soccer, golf, and even sailed. From 2003-2007, Garrett Weber-Gale competed for the Texas Longhorns swimming and diving team of the University of Texas. In this article, we are going to know more about the career of Garett Weber-Gale.

After Garett Weber-Gale graduated from the University of Texas in 2007 and winning his first U.S. National Title in 2004, Weber-Gale managed to win both the 100-meter and 50-meter free during the 2008 Olympic Trials. In fact, he even set a new American Record in the 50 and touched the 100 just under 48 seconds. This record made him the first American to do such a thing.

After setting a record, Weber-Gale became a member of the now-infamous 4×100-meter free relay team. The said team is known to be the best relay in the history of swimming. Garrett Weber-Gale became the second leg of the relay and managed to set a split of 47.02 as the United States won the gold ahead of France. Aside from this, Weber-Gale also won a gold medal because of his 4 x 100 m medley relay contribution. During the 2008 Beijing Olympics, Weber-Gale competed in both the 50 m and 100 m freestyle events. However, he did not manage to go past the semifinals of either one of the events.

During the 2009 USA Nationals and World Championship trials, Garrett Weber-Gale managed to grab third place in the 100 m freestyle in 48.19. Aside from this, he also tied with Cullen Jones for the second spot in the 50 m freestyle in 21.55. The latter event required a swim-off to see who would compete in the event at the 2009 World Aquatics Championships. Unfortunately, Jones won the swim-off and broke Garrett Weber-Gale’s American record at the same time.

During the 2009 World Championships, Garret Weber-Gale swam the 4 x 100 m freestyle preliminaries’ lead-off leg. During the event, he bagged a gold medal when the US placed first in the final.

During the 2010 World Championships, Garrett Weber-Gale competed in short course meters; this helped the U.S. Team earn gold in the 4×100-meter medley relay in World Record fashion, well as a silver in the 4×200-meter free relay event. After a year, Weber-Gale was chosen to represent the United States in Shanghai, where they managed to earn a bronze during the 4×100 medley relay event and a bronze in the 400 free relays. Aside from this, Weber-Gale also finished the meet by setting the second-fastest relay split in the entire meet.

A year after setting the record for the fastest relay splits globally; Garret Weber-Gale prepared himself for the 2012 Olympic Trials. He decided to continue with his 2011 training, which focused on more strength and prepared him for his primary events: the 50, 100, and 200-meter free. During the championship final of the 100 m event, Weber-Gale managed to touch in 7th place, just two spots away from qualifying for another Olympic Games.

Garret Weber-Gale’s last meet was in 2013; he still not pulled himself out of the drug testing pool. This means that he is still qualified to compete in significant swimming competitions such as the Olympic Games and the World Championships. However, since 2013, Weber-Gale has been focusing on his company called the Athletic Foodie, which aims to give athletes good nutrition options.