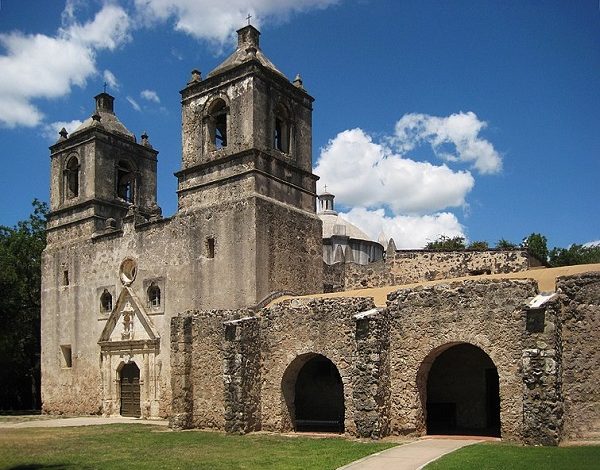 Texans cherish the rapid growth of their cities, but they also keep the history close to heart. If you love visiting historical monuments in a city, we recommend the San Antonio Missions National Park. Missions National Historical Park was named the first United Nations World Heritage Site in Texas. While there are strings of missions in Arizona and California, they’re not as easily accessible as San Antonio’s group of missions that were initially developed for Christianising the native population.

The Park Service has incorporated a vibrant theme to educate people about the role each mission played in the early society of the city. Also, they now boast pedestrian bridges, picnic walks, recreational trails, and a lot more. We take a look at more details below.

In the 18th Century, Spanish priests formed five missions along the San Antonio River. These missions helped in spreading Christianity among the locals. The four other missions are called Concepción, San José, San Juan and Espada. The first restoration work on the San Antonio Missons Park began in 1933 under Congressman Maverick and Archbishop Drossaerts. San Antonio’s Conservation Society hired architect Harvey Smith to do the restoration and secure the history of the sacred area.

Once the effort to declare San Jose a mission park bore fruit, locals got interested in joining all the nearby missions into one park. In 1978, a bill authorized the joining of all five missions that spread on 475 acres of land. Later in a cooperative agreement in 1983, the National Park System agreed to provide for the preservation and restoration of:

The San Antonio River Authority gave permission to the National Park Service to use the lands for recreational purposes whilst the churches were being used for religious purposes. On July 5 2015, UNESCO declared the Missions National Park a World Heritage Site.

You can visit the Missions Park for a full day of recreational activities and sight-seeing. Here are some tourist attractions of this park:

Originally called Mission San Antonio de Valerio during the missions period, the Alamo is located northernmost in these lands. It is not related to the other missions and not part of the National Park, but its location serves a historical purpose. Its site completes the story of other missions, so every history lover must pay a visit to the Alamo.

Mission Concepcion is the oldest stone church in the United States. It stands tall and gracefully and unrestored, just like it did two centuries ago. The colorful external patterns faded over the years, but you can still find some intricate work in the interior rooms. Visitors can walk through the church with cellphone audio tours. These audio tours are created by San Antonio World Heritage Office.

San Jose is the biggest mission in San Antonio. The site gives its visitors a good idea of what it was like back in the missions era. You can tour the Indian Quarters, workshops, granary, church, garden and follow along the trails. You can also join a ranger-led program present at the park visitor center in San Jose. The main bookstore is also located at San Jose site.

Mission San Juan lies amidst some beautiful and scenic grounds. The San Antonio Food Bank grows its historical crops in the Spanish Agriculture style that dates back 300 years! Indians created their own water irrigation system to grow crops, and some displays of that system are still present along the San Antonio River. Mission Espada was the first mission in the state of Texas, created in 1690. Architecture enthusiasts will be fascinated by the brick-lined structures and woven arts of this site. It is located in the southernmost area of the park that you can visit through the walking trail.

The Missions inhabitants relied on water to carry on with their work. The irrigation system created by Indians, called Acequias brought water to Mission farms. Some of the Acequias are preserved and function till date. You can witness history in the Espada Aqueduct that still grows crops for San Antonio today. Hike on the trails

There is a beautiful trail along the San Antonio River in the Missions Park. Each Mission is located 2.5 miles from the other, and easily accessible through biking or hiking. The best way to start your hike is by consulting with the Mission Riverwalk Map that highlights restrooms, viewpoints and more. Temperatures can soar quickly in San Antonio any day, so make sure you have packed Sunscreen! The trail is not a loop, it is out and back, so you can also catch a VIVA Bus back to where you started.

Some common species you can encounter on your trail include Bull Snake, Rat Snake, Garter Snake, Agarita Berry, Pecan Tree, Pelicans and Egrets.

This historical part in San Antonio is a must visit. But one thing to note that the missions are situated 3 miles apart from one another. The VIVA bus line (route 40) stops on each of the mission, but we recommend driving or biking here. You’ll also find that every mission has an office with free maps and can provide tourists with instructions about how to reach the next mission. Mission San Jose has the main information office. Of course, don’t forget to wear a helmet if you’re going to tour here on a bike. We hope this guide helped you plan a fun day at the Missions Historical National Park.